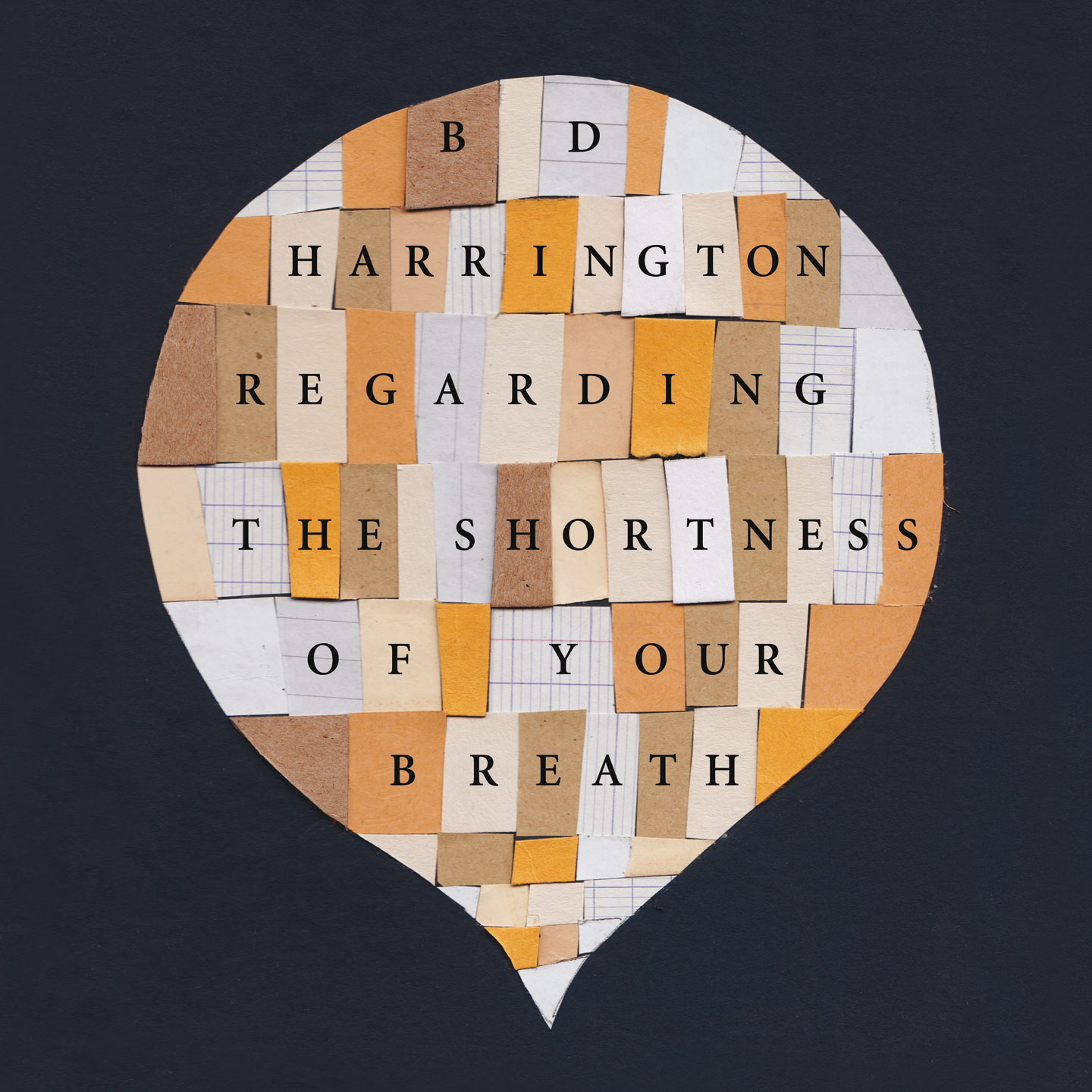 BD Harrington’s debut album The Kid Strays, released in France in 2010, garnered much critical acclaim in that country.  This follow-up album ‘Regarding the Shortness of Your Breath’ (Travelling Music) is an unflinching exploration of impending loss. It is an album that confronts the creeping sense of the inevitable, a prelude to the real harsh business of grieving. Death, dissolution, suffering, acceptance, and grace– these themes are sifted through in minute detail and with considerable maturity, inducing a shiver of strangeness. Intimate and poetic with exquisitely crafted lyrics, which makes sense coming from a man who earned his degree in Creative Writing. Every song was intentionally written in the darkest hours, inspired by one of his heroes, Ingmar Bergman, who called this time ‘the Hour of the Wolf’, the hour between midnight and dawn. “It is the hour when most people die. It is the hour when the sleepless are haunted by their deepest fear, when ghosts and demons are most powerful.”

It has a richer, deeper sound than its stripped-back lo-fi predecessor. BD Harrington’s piano, guitar and voice are augmented by pedal steel, stand-up bass and Don Kerr’s inimitable percussion and cello. From the plaintive lament of ‘New Skin’ (“the light will part the flesh and leave every door ajar, and I won’t wonder where you’ve been, I won’t wonder where you are”) to the vertiginous, hallucinatory ‘Mariella’ (“bring your soft lips down and kiss my new concussion”) ‘Regarding the Shortness of Your Breath’  is haunting, cogent and solidifies BD Harrington’s unique voice and establishes him as an emerging songwriter of note.

Co-produced with Don Kerr (RonSexsmith), and recorded during a week-long snowstorm in mid-winter at The Gas Station Studios, located on an island in Toronto harbour.  Mixed by Don Kerr at The Rooster, and mastered by Steve Rooke at Abbey Road. 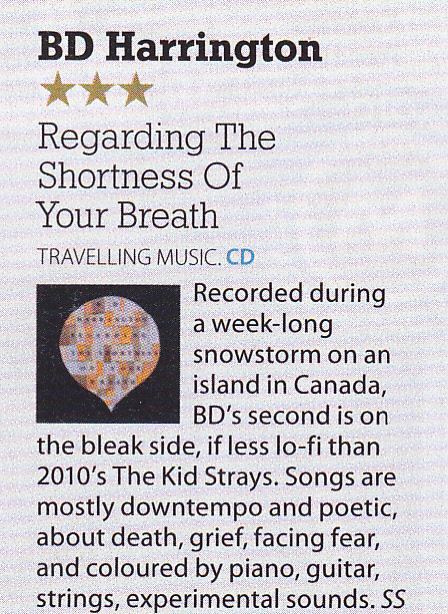 And translated from french:

“(…) The result is a work of rare intensity, a kind of dark folk where the piano, guitar and voice are highlighted among the pedal steel, bass, cello or percussion of Don Kerr, who co-produced “Regarding the Shortness of Your Breath”.  ZICAZIC

“Impressive and solemn, this album doesn’t seem affected by time. “Regarding the Your Shortness of Breath”seems simple and naked but listening carefully we discover wonderful arrangements that transcend the emotion therein. BD Harrington has the wisdom of those who lived intensively. Chapeau! ” QUAI BACO

“(…) This is beautiful, very beautiful, some light, some shadows, some ghosts, it is pure and haunted music from BD Harrington.”  CAFZIC